A three-year-old boy drowned his newborn twin brother and left the other permanently brain damaged as he tried to bathe them while his alcoholic mother slept. 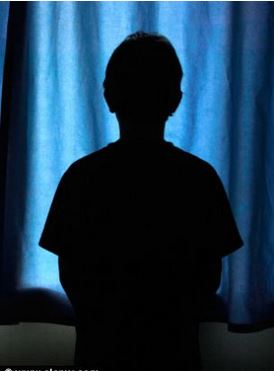 The boy said he wanted to make his siblings ‘nice and clean’ after their mother passed out having drunk four cans of super-strength lager.

The shocking sequence of events emerged in court when the mother, whose identity cannot be disclosed for legal reasons, was given a one-year suspended prison sentence for neglect.

She had sought refuge at a Merseyside home with her children after escaping a relationship of domestic violence, Liverpool Crown Court heard on December 5, 2013, Thursday.

The jury heard she slept in a single bed with her eldest son, with the newborn babies cradled together in a drawer.

The mother, an insomniac, fell asleep in the afternoon after drinking four cans of Special Brew, which is nine per cent alcohol.

The toddler woke up and ran a 10-inch bath of cold water. The mother found her infant children naked and unconscious, not breathing, when she awoke.

The mother called police and paramedics, telling a 999 operator that she had found her newborn twins unresponsive.

Both babies were given CPR and were taken to Alder Hey Children’s Hospital in West Derby, Liverpool, where they were put on life support.

Days later, one of the boys died in his father’s arms. His brother, who suffered a cardiac arrest, was left with severe brain damage.

She was handed a one-year prison sentence, suspended for two years, and a supervision order after pleading guilty to three counts of neglect.

The judge described the mother as ‘in general terms, a loving and caring mother who understands the duties and responsibility of motherhood’.

She added: ‘Your real punishment will lie in the images that will stay with you, possibly permanently, of what happened that day.’