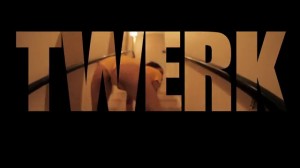 “Horse lasagna” and “twerk” are among the English translations of 40 words a language council says have been adopted into the Swedish language this year.

The list was compiled by the Language Council of Sweden from words submitted by the public or recommended by the council’s “neologism hunters,” TheLocal.se reported Friday.

“The reason we need new words is because we need to talk about new phenomena,” said Per-Anders Jande, the council’s head neologist. “If we don’t have words for them we quite simply can’t talk about them.”

Words named to the list included “hastlasagne,” or horse lasagna, a reference to the horse meat scandal that rocked Europe earlier this year; “nagelprotest,” or nail protest, coined after a Swedish athlete painted her nails as a rainbow to protest the Russian law against “homosexual propaganda” and “funktionell dumhet” or functional stupidity, doing your job without any critical thought.

“Twerka” was a Swedish modification of “twerk,” a word that entered the vocabulary of English speakers after Miley Cyrus’ suggestive dancing on the VMA awards show.