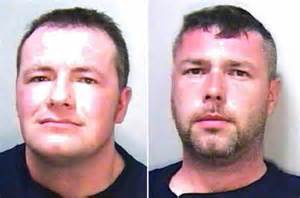 Two former soldiers who firebombed a British mosque following the murder of soldier Lee Rigby have each been jailed for six years.

Stuart Harness, 34, and Gavin Humphries, 37, made petrol bombs and threw them at the Grimsby Islamic Cultural Centre while being filmed on CCTV cameras they thought were turned off.

They were jailed on Friday by Judge Mark Bury at Hull Crown Court after admitting arson, being reckless as to whether life was endangered, at an earlier hearing.

Rigby was killed on the afternoon of 22 May 2013, by two men near the Royal Artillery Barracks in Woolwich, southeast London. 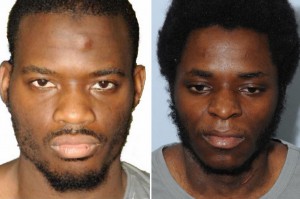 Justice Sweeney said he will pass sentence after a key appeal court ruling on the use of whole life terms in January.