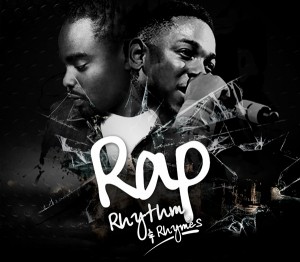 The half Nigerian/American rapper Wale, must have had a good time in his motherland Nigeria as he plans to make another return again before the end of the year.

Wale made his first appearance in Nigeria late November 2013, but is scheduled to return next week for another show, but this time he would be accompanied by fellow US rapper Kendrick Lamar.

Both rappers are billed to perform at the debut edition ‘Rap, Rhythm and Rhymes‘ event holding at the Eko Convention Center, Eko Hotels and Suites, Victoria Island, Lagos on December 27, 2013. Organizers say the show will also feature performances from some top Nigerian acts.

The show will be hosted by radio presenters  – Beat FM’s Jimmie and Cool FM’s Dotun.

Deejays on deck will be DJ Spinall and DJ CK from Birmingham.

The show is put together by Aeroplay, a music management and logistics label.

After controversially missing Ice Prince’s FOZ concert, Wale performed for the first time in Nigeria at the Step Up to VIP’ event organized by liquor brand Johnnie Walker which held at Oriental Hotel on November 30, 2013