A funeral cortege bearing Nelson Mandela’s body will travel through the streets of Pretoria daily on three days before his burial next Sunday, the South African government says. 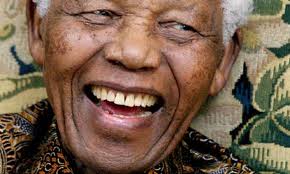 It said the cortege will leave a morgue on Wednesday, Thursday and Friday morning to go to the Union Buildings where his body will lie in state. Mourners are being encouraged to line the route. His family has expressed gratitude for the support it had received. Family spokesman Lt Gen Themba Templeton Matanzima said the past two days had not been easy, after losing a “great man, a pillar of the family”.

“But with the support we are receiving from here and beyond, and in due time, all will be well for the family,” said spokesman Lt Gen Themba Templeton Matanzima. Vigils for the former leader have been continuing across South Africa. Hundreds of mourners have gathered outside Mr Mandela’s home in Johannesburg’s northern suburb of Houghton where he died, and thousands of flowers and candles have been laid outside.

Yesterday, the government published further details of the 10-day state funeral, saying as many people as possible would be given the opportunity to pay their last respects. On Tuesday, an official memorial service will be held at the FNB Stadium on the outskirts of Johannesburg. When the three days of lying in state are over, Mr Mandela’s body will then be flown from an air force base in Pretoria to Qunu in the Eastern Cape for burial.

Qunu is where Mr Mandela grew up and later retired to. Flags at all official buildings will fly at half mast throughout the period and books of condolence are being circulated across the country and online for people to post tributes, record memories and express their emotions. Sunday has been designated an official day of prayer and reflection and President Jacob Zuma urged South Africans to to go to stadiums, halls, churches, temples or synagogues. “We should, while mourning, also sing at the top of our voices, dance and do whatever we want to do, to celebrate the life of this outstanding revolutionary who kept the spirit of freedom alive and led us to a new society. Let us sing for Madiba,” he said, using Mr Mandela’s clan name.

A government statement recalled the former president’s own thoughts when asked how he wished to be remembered. “It would be very egotistical of me to say how I would like to be remembered,” Mr Mandela said. “I’d leave that entirely to South Africans. I would just like a simple stone on which is written, ‘Mandela’.”

Ahmed Kathrada, Mr Mandela’s friend of 67 years and his companion in prison on Robben Island, told the BBC of his “overwhelming emotion” at seeing his old friend in hospital earlier this year. Nelson Mandela’s long-time friend, Ahmed Kathrada on visiting him in hospital: “I was shocked at this strong man – a shadow of himself” “For 67 years I knew him as a strong man. I was shocked [to see] this strong man, a shadow of himself. That was overwhelming… so much so that I told [his wife] Mrs Machel that I don’t want to see him again. I thanked her very much but I said, please, I can’t bear it.” Mr Kathrada said Graca Machel had sent him a message earlier on Thursday that the former leader would die that evening.

“They were told by the doctor that he was on his very last,” he said. Meanwhile, tributes continued to pour in for Mandela yesterday. ‘Leader par excellence’ Governor Theodore Orji of Abia State described him as a leader par excellence and an icon of African democracy. According to Orji, Mandela’s death was a big loss to the African continent and the international community. Orji, in a press statement by his Chief Press Secretary, Mr. Charles Ajunwa, expressed sadness over Mandela’s demise, saying Africa and the whole world would miss his wise counsel.

According to him, Mandela’s struggle against apartheid in South Africa which landed him in prison for 27 years portrayed him as a fearless leader who fought injustice to a standstill. The likes of Mandela don’t die — Oshiomhole In his tribute to the late anti-apartheid crusader, Governor Adams Oshiomhole of Edo State said people like Mandela don’t die, but only transit from this world to higher glory. He said: “Mandela cannot be referred to as dead. The right word is transition. He had this real gift of leadership and that he comes from this black continent of Africa makes it even more significant”.

Lesson Christian Association of Nigeria (CAN), in a condolence message, called on African leaders to emulate selfless and leadership qualities of Mandela to promote good governance and put African continent in its rightful place among the comity of nations. It also called on all Christians in Nigeria to use the advantage of the three-day mourning and prayer sessions declared by the Federal Government to pray fervently for a better South Africa after Mandela. Oritsejafor, in a statement by his Media Assistant, Kenny Ashaka, said, “We will always remember him as a man with rare generosity of spirit and sympathy for whom renouncing bitterness and embracing opponents was not just a politically devised plan of action but a way of life.

While we pray, we must also not forget his dogged fight against discrimination, inequality and marginalization, those attributes that put him behind bars for 27 years so that his message would inspire fighters for freedom and give confidence to people in the defense of just causes and universal rights. “South Africans and, indeed, Africans should be encouraged by the dignified manner in which world leaders have respected and responded to the monumental loss of this international icon who taught extra-ordinarily practical lessons about forgiveness, compassion and reconciliation.”

‘Ally of trade union movt’ Comrade Issa Aremu, a deputy president of the Nigeria Labour Congress (NLC), in his own tribute, said Mandela’s death was a shock coming months “after the good people of the world with remarkable gratitude marked his 95th birthday despite his old age/health related challenge”. He pointed out: “The departure of a freedom fighter, global icon for forgive ness and unprecedented transition from tyranny to non-racial democracy is capable of ushering a global despair, disillusionment and agony”.

Aremu described Madiba as a close ally of the global trade union movement both in the struggle against apartheid and decent work agenda as demanded by the International Labour Organisation (ILO). According to Mandela, “Job, jobs and jobs are the dividing line in many families between a decent life and a wretched existence” – Nelson Mandela (1979). By this statement Nelson Mandela rightly pointed out that life is miserable without work.

Madiba was fully at home with trade unions as a trade unionist.” In his tribute, the National Chairman of the PDP, Alhaji Bamangar Tukur, said Mandela will be remembered as a no nonsense nationalist, who fought for the freedom of his people, saying he aligned with his people to fight apartheid. “He deprived himself of the comfort of his elitist person to unite with the rest of his countrymen to seek the elimination of apartheid”, Tukur said.

African Workers, in its tribute, said Mandela’s life was one of service, sacrifice, freedom, organizing the oppressed, preaching love, building peace, and teaching humanity that the world, to survive, must be built on social justice. “From his trials to 27 years in prison and his post prison leadership of the world as a moral authority, he inspired generations to be committed to making the world a better place than they met it. He taught humanity to build all-inclusive societies and evolve human-centred policies”, it added.

The Trade Union Congress, TUC said Mandela is the world’s most stimulating example of resilience, magnanimity and dignity in the face of oppression. “Great Mandela was jailed for 27 years for his steadfast belief that all men and women are created equal, a belief that he was ready to die for”, TUC added. Senator Gbenga Bareehu Ashafa, representing Lagos East Senatorial District, in a statement, described Mandela as “a great nationalist and true freedom fighter for the entire black race and against oppression.”

Ashafa said the deceased would be greatly missed. “Words cannot fully express the real value of Madiba to the entire black race. He came, he saw and he conquered. He fought apartheid to a standstill with all sincerity of purpose, a determined liberator of blacks from all forms of oppression by colonial masters”, he added.