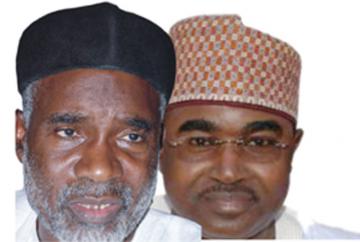 The G5 governors, who defected from the Peoples’ Democratic Party (PDP) to the All Progressives Congress (APC) will not become automatic party leaders in their respective states, an Adamawa APC chieftain and former military administrator of Lagos State, Mohammed Buba Marwa has said.

Speaking to reporters in Yola, the Adamawa State capital yesterday, Marwa said only the 11 governors of the legacy parties could be party leaders in their respective states whereas the defecting governors have to submit themselves to the existing leadership.

“I wish to state that the insinuation going round that Nyako is the leader of APC in the state is completely wrong as only the 11 governors, who contested on the platform of the legacy parties were given that privilege”, he said.

Governor Murtala Nyako had recently hinted that part of the agreement between the five governors and the national leadership of APC was that the defecting governors would oversee party affairs as leaders in their respective states.

Marwa, however, claimed that he had been making efforts to dissuade party members in Adamawa from leaving the APC because they were angered by the manner in which Nyako was planning to take over party structures which they laboured to build.

“Our party was built on the principles of fairness, equity and rule of law and we should not expect the party to treat its original members whom were responsible for its success unjustly,” he said.

Marwa also flayed the alleged deception of the electorate by using government resources to wrest the party from its original members, vowing that APC would reject any attempt to derail it from its objectives.