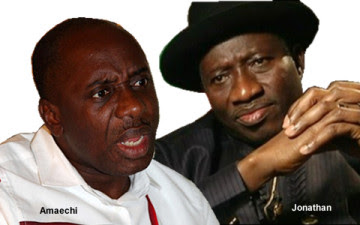 Former Petroleum Minster, Professor Tam David-West, has warned the Peoples’ Democratic Party (PDP) against declaring vacant the seats of its five governors, who recently defected to the All Progressives Congress (APC) using the instrumentality of the court.

There have been reports that the Presidency and PDP are assembling a team of highly experienced SANs that will look for loopholes to exploit in faulting the defection of Governors Abdulfatah Ahmed (Kwara), Aliyu Wammako (Sokoto), Murtala Nyako (Adamawa), Rabiu Kwankwaso (Kano) and Rotimi Amaechi (Rivers) to the opposition just as APC raised the alarm last week that it had uncovered a plot by the presidency/PDP to shop for a judge that will do the hatchet job of making judicial pronouncement that will pave way for the removal of the affected governors from office.

But Prof. David-West, who spoke with Sunday Independent, warned that any court that allows itself to be used for such illegality was not only irresponsible, but reckless.

He further warned on the dangers of ousting the governors illegally, saying going contrary to the provisions of the relevant section(s) of the 1999 constitution on the removal of elected governors from office could plunge the country into chaos.

“I refer to Section 68 and Section 109 of the Constitution. It’s clear that if there is division within the party and certain members of that party feel that they don’t agree with what the party is doing, they can go to any party and still maintain their tenure till the end.

“Originally, it was meant for only governors. Then the lawmakers also wanted to be part of it, so they amended it for the lawmakers too”, he said

When asked to comment whether the earlier ruling of an Abuja High Court which recognised the Bamanga Tukur-led National Working Committee as the authentic PDP could not be used by lawyers to argue that there is no faction in the PDP, he said: “Did that same court say the G7 is proscribed?

”That judgment was open ended. They said there is only one PDP; the court is right because the PDP is registered with INEC.

David-West added: “They (G7) are very clever. They first established that there is a faction.

“They created the faction and stayed long enough, thereby they are protected by the constitution.

“The moment they left, they never said they have created a new party. They stayed and always said they were members of the New PDP. They are very clever”.

The former minister also took a swipe at the Presidency for frustrating the World Bank/Africa Development Bank (ADB) loan meant for providing potable water for Rivers State indigenes saying, “Look at the case of ADB; [Rotimi] Amaechi wants to bring to the state pipe borne water. Since it is foreign loan, the Federal Government must guarantee.

“Rivers State has satisfied its own part of the deal completely. It’s left for the Minister of Finance to sign for the Federal Government.

”She refused to sign. They are given stupid excuse that they are still studying it. What are you studying? This has to do with the lives of the people.

“And Jonathan had two million votes from the people and yet they are punishing them. They think they are hurting Amaechi. But by doing this, they are making Amaechi popular”.

He said Amaechi has always gained the upper hand against the presidency in all their purported squabbles simply because the governor is grossly underrated.

“They underrated Amaechi that is why they are in trouble. Amaechi is very brilliant. He has a lot of people that are doing research for him. I know this as a close admirer and friend of his.

“They do a lot of research for him. They meet and analyze a situation before he steps out,” David-West added.