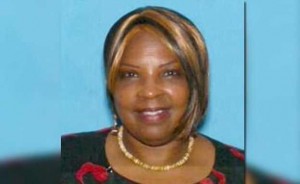 U.S. Marshalls nabbed a 58-year-old fugitive outside of her Michigan home last Wednesday night, 36 years after she was indicted on attempted murder charges in Texas, the Detroit Free Press reports.

Kathlyn Regina Huff, who has since married and changed her name to Kathlyn Regenia Rose, had been on the run since 1977, after local law enforcement alleged she shot her common-law husband in the head, per the Press. The man survived.

“Fugitive on the run for 30 years?” Madhuri Raju told local ABC affiliate WXYZ. “I think we’ve heard stories in the past about this happening, but never in my neighborhood.”

“I’m thinking now I need to be careful,” another neighbor, Merav Hazan, told the station. “You never know who is your neighbor. You live in a quiet neighborhood, but you never know who lives behind this door, you know?”

“The Lone Star Fugitive Task Force out of Texas requested that we apprehend [Huff],” U.S. Marshals Deputy Robert Watson, of the Eastern District of Michigan, Detroit, told ABC News. “They developed information that she was in the Farmington Hills area.”

In an interesting twist, Huff is the sister-in-law of former University of Michigan and NBA star Jalen Rose, notes the Detroit News. Rose has since stated that he will support Huff, who is married to his brother Kevin, and will pay her legal bills.

Neither Jalen Rose nor any other of Huff’s friends are under investigation, Deputy U.S. Marshal Chris Bozeman told ABC News