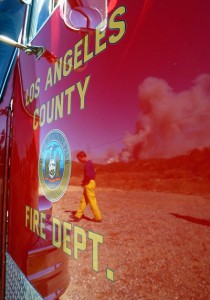 911 is not a toy, and apparently the Los Angeles city attorney’s office felt the need to make that point clear to a woman living there. According to the Los Angeles Times, 43-year-old Linette Young has been sentenced to 180 days in jail, three years of probation, and mandatory psychological counseling after she called 911 more than 400 times over the last three years. Yeesh.

LA Weekly writes that Ms. Young requested paramedic service as many as six times a day and, “did so 220 times between January 1 and September 13 of this year alone,”according to prosecutors. Beyond that, KCBS Los Angeles reports Linette would also often go to a nearby fire station to receive medical assistance. Every time she went, she would be treated despite having no medical issues.

KNBC Los Angeles notes Young will have to face a restitution hearing in February to determine the costs she will owe. LA City Attorney, Mike Feuer, in a statement wrote,“This conviction is part of our work to ensure that the public’s lifeline is not abused.” KNBC also noted that public radio station KPCC obtained of one of the phone calls used as evidence.