Woolwich Massacre Trial: I Am A ‘Soldier of Allah’ – Michael Adebolajo

A man accused of killing a British soldier on a London street told police he was a “soldier of Allah” fighting a war against Britain but that the killing brought him little joy, a court heard on December 4, 2013, Wednesday. 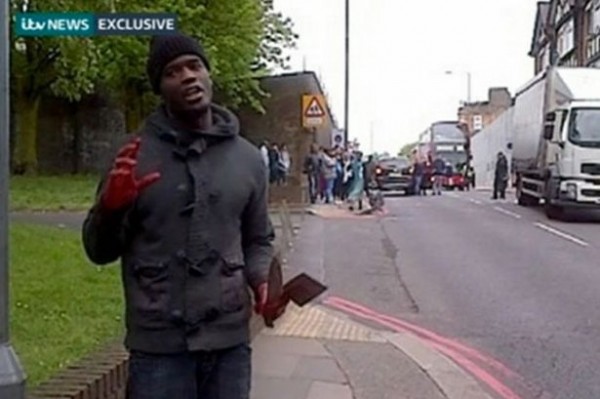 Michael Adebolajo, 28, and Michael Adebowale, 22, are on trial for the brutal murder of Lee Rigby near his barracks in the south London district of Woolwich in May 2013.

In recordings of the interviews shown to the jury at the Old Bailey criminal court in London, Adebolajo blamed his actions on “wicked” leaders such as Prime Minister David Cameron and his predecessor Tony Blair.

Asked by detectives to describe the killing, during which the two men allegedly hit Rigby with a car before attacking him with knives, Adebolajo said the soldier’s head was “almost detached and may Allah forgive me if I acted in a way that is displeasing to him”.

In another interview, during which he had a blue blanket over his head, Adebolajo said the killing was “for those people who have not yet understood the nature, the nature of the war that’s ongoing and has been ongoing for some many years between the Muslims and the British people”.

He went on: “Your leaders, you have leaders who rule over you, unfortunately they rule over you in a very wicked, corrupt, selfish and oppressive manner.”

He also spoke of the “wickedness and corruption” of Blair, who took Britain in to the US-led invasion of Iraq in 2003. Cameron, he said, was “trying to emulate the footsteps of Tony Blair as if he worships him”.

But he added that it brought him “little joy to approach anybody and slay them”.

Rigby’s widow Rebecca left the court in tears as the interviews were played.

A psychiatrist’s report read to the court earlier on Wednesday found that Adebolajo showed “no regret or remorse”.

Both Adebolajo, who wanted to be referred to as Mujaahid Abu Hamza in court, and Adebowale deny murder.