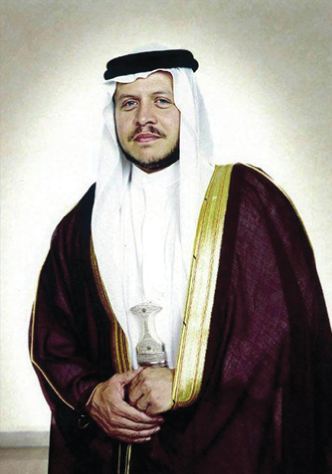 I present to you a real & rare king, who is not only a king by title but he is a king at heart. He is just a rare gem.

The king of Jordan, King Abdullah II Bin Al-Hussein, helped push citizen’s car that was stuck in snow over the weekend. Jordan’s King Abdullah II came to the rescue of a family whose car got stuck during a freak snow storm. The royal was among the bystanders who pushed the vehicle free from the drift on a street in Amman during a blizzard at the weekend. The monarch had been visiting the city to check on the progress of work to clear the roads after the winter storm. To us, it is surprising but to the Jordanians, it’s normal as a Jordanian quoted:
“May God bless His Majesty King Abdulla II. This is not a surprising news, as our great King is well-known for his exceptional good manners and deeds in serving his beloved people…God bless our King again and again!!! For non-Jordanian it could be a surprising news but for us it’s not…His majesty is used to doing such things to be close to his people.”
Can someone please show this video to our kingsmen? This’s someone i can call a man of rare character. Humility + Nobility! Man of the people and for the people. May God bless the King!