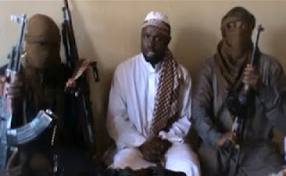 Details yesterday emerged of how members of the terrorist sect, Boko Haram planned to stage an attack in the nation’s capital – Abuja – late last year.

A suspected member of the sect, 16-years old Mohammed Adamu (also known as Engineer), currently under custody of the Department of State Security (DSS) following his arrest alongside two others in Abuja last September, gave details of the aborted attack.

Information got from the arrested suspects led security operatives to invade an uncompleted building on September 20 in Gudu, Apo area, Abuja in which no fewer than eight squatters were shot dead.

Adamu testified yesterday at the public hearing being conducted by the National Human Rights Commission (NHRC) on the September 20 killings.

The suspect, who spoke in his native Hausa, was assisted by an interpreter.

He admitted holding nocturnal meetings with 12 others in the uncompleted building at Gudu, near Apo with the intention to launch attacks against government’s interests in their determination to purportedly defend Islam.

Adamu an indigene of Katsina State, who said he worked as a commercial tricycle (Keke NAPEP) rider, testified that he was recruited into the sect by one Suleiman (also known as R Kelly ), who is now at large.

“Within the period, Suleiman told me of a meeting they attended in the uncompleted building and asked me whether I was interested in joining them, but I told him to give me a day to think over it.

“A day after, I told him I was interested. Later, Suleiman warned me not to tell anybody, threatening to deal with me if I did so. Because of that, I became afraid.

“At the meeting, we said we are defending our religion through war, using guns and other weapons. We agreed and wanted to fight with the government; we were holding discussions on ways and manner to carry out the operation.

“We usually converged by 8pm and left by 11pm. Honestly, no policeman ever accosted us”, Adamu testified.

“One day, Suleiman came back with a bag and I enquired what was inside, he opened it and showed me four AK 47 rifles and a pistol.

“I was the youngest in the group and Suleiman is a middle-aged man. On the day of the incident, I led the security operatives to arrest Suleiman and other members around midnight.

“On arrival at the uncompleted building, while the security people approached the building, some people inside the building started shooting at us and I was instructed to lie down by the SSS official.

“Soldiers then returned fire. I saw Suleiman and the others digging out guns where they buried them in front of the building”, Adamu said.

He said Suleiman is also from Katsina state, but denied knowing his whereabouts at the moment.

He also denied being forced to indict himself and other members of the sect saying, “Nobody has told me what to say, Allah is my witness. What I said, is to the best of my knowledge”.

Recounting how he was arrested, Adamu said: “Suleiman gave me a SIM card with an instruction that I should not use the line anyhow. He told me to always put the SIM on around 8pm.

“I was at a mosque when the SSS operatives came, with the help of a machine, when it was my turn, they found the SIM in my phone and that was how I was arrested and taken to the SSS office”.

Another witness, Malam Gambo Idris, one of the surviving occupants of the uncompleted building at Apo confirmed knowing Adamu as a Keke NAPEP rider.

He, however, denied knowledge of any meeting. Adamu identified Gambo as one of the squatters in the building.

The Nigeria Army had told the commission last month that the attack on the uncompleted building was necessitated by intelligence report it got from the DSS of a planned attack on Abuja by Boko Haram.

An official of the DSS, whose name was not mentioned (for security reasons) told the commission that Adamu was among the three Boko Haram suspects arrested on September 18, last year, at Garki 2 near a Mosque before they were brought to the DSS office for interrogation.