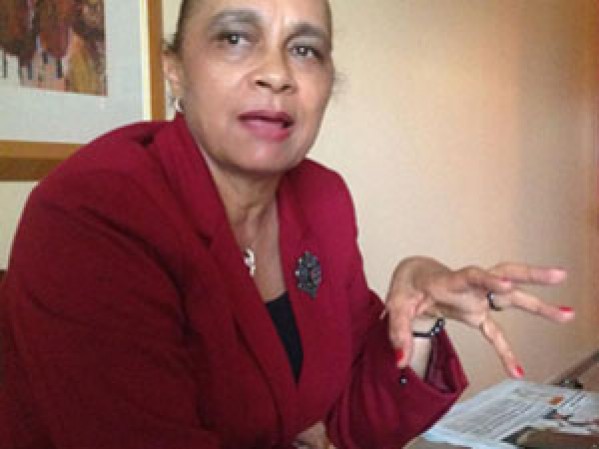 A renowned Public Affairs Analyst and spokesperson for Ijaw Republican Assembly, Ms. Annkio Briggs, yesterday in Port Harcourt, the Rivers State capital said that those who are against President Goodluck Jonathan’s 2015 presidential ambition are “selfish and greedy politicians, who have held Nigeria bound for decades”.

The Niger Delta rights activist, who made this known while speaking with reporters, said the reasons adduced by those opposing the president, have nothing to do with good governance and the welfare of Nigerians.

“The opposition to Jonathan is not new to us here. It started in 2009, when late President Yara’dua became ill and eventually died. The reason for opposition against Jonathan is not for any good, rather its being orchestrated by a cabal that is not happy that a Niger Delta son is president. These are people who held Nigeria hostage for years”, she said.

Ms Annkio added: “They have not even come up with a better idea on how to govern Nigeria. This same cabal planted the opposition in Rivers State, using Governor Amaechi as an instrument to create the impression that Rivers people and indeed the entire Niger Delta people are opposed to Jonathan’s 2015 presidential ambition. It is indeed a well-orchestrated plan against Niger Delta people. If their opposition against Jonathan is based on governance, we would know how to analyze it”.