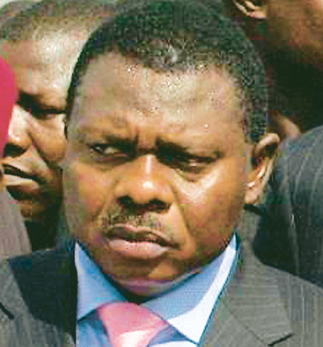 Disgraced former Attorney-General of the Federation (AGF) and Minister of Justice under the late President Umaru Musa Yar’Adua administration, Mike Aondoakaa said he would boost the economy of Benue State through agriculture, if elected as governor in 2015.

The former controversial minister, who went underground after he was sacked and later stripped of his Senior Advocate of Nigeria, SAN, title following his unenviable role in the existence of a ‘cabal’, which attempted to hold the nation hostage at the height of Yar’Adua’s terminal illness, spoke on Thursday at the Peoples Democratic Party (PDP) secretariat in Makurdi, Benue State.

Aondoakaa said he will use his position as governor to empower Benue people economically through investment in agriculture.

His words: “Benue State is an agrarian state. The battle for development and economic prosperity will be won and lost in the rural setting, with agriculture, youth empowerment and wealth creation as the main stem of our economy”.