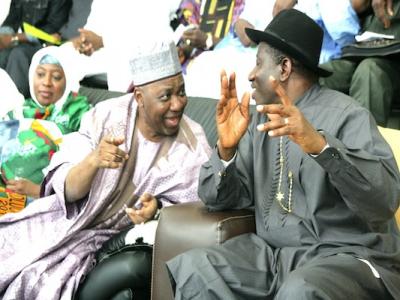 The Presidency on Sunday denied speculations that President Goodluck Jonathan had perfected plans to drop his deputy, Namadi Sambo should he decide to present himself for reelection in 2015.

Sambo’s political influence in the North had come under public scrutiny following the depletion of his political base, Kaduna, occasioned by the recent mass defection of members of the ruling Peoples Democratic Party (PDP) to the opposition All Progressives Congress (APC).

Unsettled by the development that appears to have decimated the ranks of PDP in Kaduna, Sambo had spent days in his home state during the New Year holiday holding political meetings with stakeholders on how to stem the wave of defections that was sweeping through the Northwest zone. This is even as speculations were rife over the weekend that close associates of the president were already mulling options aimed at strengthening the PDP, not only in Kaduna but in the entire North which would culminate in the dropping of Sambo as vice presidential candidate.

But Special Adviser to the president on Political Matters, Ahmed Ali Gulak, last night stated that the gale of defections was not strong enough to adversely affect the PDP in Kaduna and Nigeria in general.

Besides, the presidential aide said if Jonathan eventually made up his mind to contest in 2015, he would do so with Sambo as his running mate.

He said: “I can tell you without mincing words that no serious-minded member of the PDP has defected from the PDP in Kaduna in particular and the nation in general.

“That aside, the president and his vice are like 5 and 6 and nothing can separate them; if eventually Mr President listens to the clamour of Nigerians for him to again present himself in 2015, which I am sure he will, I can assure you that he would run with Sambo as his vice because there is no need for any change. This is more so that Sambo has the support of the entire north and the region is solidly behind him”.