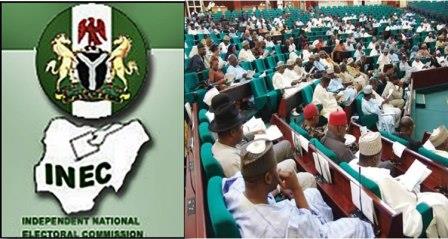 House of Representatives Committee on Electoral Matters, Chairman, Rep. Jerry Manwe, on Sunday said the committee would ensure adequate funding for the Independent Electoral Commission in the 2014 budget.

Manwe told the News Agency of Nigeria in Abuja that the committee would critically look at the provision for INEC in the budget to ensure that it was adequate for it to conduct the 2015 general elections.

He said that if it became necessary to allocate more funds to the commission to enable it to conduct free and credible elections, “it will be provided”, he said.

“If more funding would enable the commission to conduct credible, free and fair elections, the committee would go ahead to propose that”, he maintained.

He explained that the House “does not give funds to agencies of government but could make proposal”.

According to Manwe, the committee will also look at the entire operations of the commission to ensure that it is adequately prepared for the task ahead.

“First, we will look at their budget and invite them and ask them questions on the level of their preparation towards the 2015 elections”, he said.

The legislator said that the performance of the commission in the conduct of the elections would depend largely on the funds that it would be given.

He said that the committee would also tinker with some aspects of the Electoral Act that required amendment.

NAN recalls that the INEC Chairman, Prof. Attahiru Jega, had, at a stakeholders meeting recently, said that the 2015 elections would be conducted in February and requested for N93 billion for the commission. (NAN)