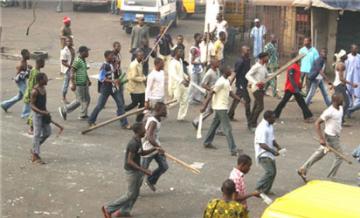 No fewer than 30 people have been feared killed after gunmen, suspected to be Fulani herdsmen carried out an early morning raid in Shonong village of Bashit District, Riyom Local Government Area of Plateau State.

It was gathered that the attack which lasted till noon with no intervention from security operatives, led to the torching of over 40 houses and 25 others sustaining various degrees of injury.

An eyewitness said the gunmen invaded the community consisting of four villages at about 7am, shooting sporadically and killing over 30.

State House of Assembly Majority Leader and member representing Riyom constituency, Daniel Dem, blamed the Special Task Force (STF) codenamed ‘Operation Safe Haven’, saying their non-appearance at the scene of attack casted doubts on their presence in the state and fell short of accusing them of complicity.

Dem said about 20 survivors were presently receiving treatment at the Vom Christian Hospital.

“For some weeks now, the acting chief of Shonong where the attack took place, was killed and was buried last week with two others”, he said.

“This morning again, I was called at about 11 am that there was fighting in Shonong and that some women and children went to look for fire wood in the farm and were killed and the attackers surrounded the entire community, firing shots and several people died while many were injured”.

He added: “We have security men there and if the attack will start from 11am until after noon, I think something must be wrong, what are the military there for? The military should be asked why they are there [because] this is absurd and I am begining to suspect some connivance”.