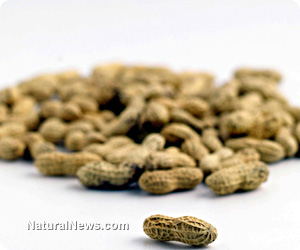 The organic movement was initially dubbed a fad, but as time wore on it became obvious that people were concerned about a polluted food supply, and for good reason. However, what many failed to consider is that NOT ALL organic foods are healthy for everyone, and some could actually cause serious damage to their digestive systems.

The five organic foods to watch

Wheat has enjoyed a long run of being the darling of the grains but in recent years has taken a serious hit, with gluten sensitivity plaguing people across North America.

It’s not that organic wheat is necessarily bad in and of itself, but rather, our digestive systems have become severely compromised, and as a result we lack the friendly bacteria that helps digest this component of wheat which leaves many people in pain and distress.

This may be partially alleviated for some by simply consuming wheat that is only sprouted, but for many, this will still not resolve the issue.

Wheat can be substituted in a number of ways, the more popular being amaranth, oats, almond, coconut, millet, buckwheat, corn, rice and quinoa flour.

Soy was at the tip of everyone’s tongues when the soy industry convinced us that their products were not only safe for consumption but also actually good for you.

However, research is starting to uncover the opposite. Soy has now been attributed to endocrine disruption, digestive problems, hormone issues, thyroid challenges and fertility complications.

Soy promoters deny this research and point to epidemiological studies of Asians and their reduced rates of breast and prostate cancers, even though their traditional diet is soy-dominated. However, these studies fail to point out that these soy products are primarily fermented, which creates health-promoting probiotics that facilitate proper digestion.

Choose soy products that are organic and fermented.

Peanuts, unlike hard-shelled nuts, are encased in a very soft and porous shell, which allows contaminants such as fungi to bind to them. As a result, aflatoxin, a cancer-causing chemical produced by naturally occurring fungi in the soil, can easily attach itself to the developing nut.

Since systematic fungal infections are affecting 70% of people, it may not be a wise idea to consume a food that naturally contains it, as it can exacerbate the problem and cause severe reactions and even death.

If you do choose to buy organic peanut butter, refrigerate it at all times to inhibit the growth of this naturally occurring fungus.

Organic cow’s milk eliminates some of the primary concerns of consuming milk, namely antibiotics, hormones and other chemicals.

However, organic milk is also commonly pasteurized, which effectively removes all beneficial bacteria and enzymes and makes it much more difficult for the human digestive tract to properly break down and absorb it.

If you choose organic cow’s milk, look for raw.

Pigs are dirty animals and eat everything in sight (including their own feces). Since their digestive systems work quickly, there is no opportunity to eliminate any toxins that may be present in what they eat.

Not only that, but a pig also does not have any sweat glands, which takes away an effective toxin removal process, allowing more toxins to stay inside their body.

Even though organically raised pigs should have toxin-free diets, there is great difficulty in monitoring and circumventing their insatiable desire to eat nearly everything in sight.

Instead of pork, try turkey bacon or organic, grass-fed beef, which is much friendlier to your intestinal system.