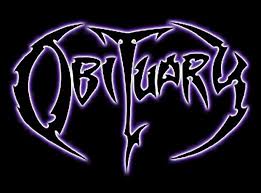 An 81-year-old man in Sweden got the shock of his life when the newspaper he was reading reported that he was dead.

Sven-Olof Svensson was reading his local paper, the Jonkopings-Posten, and came across his own obituary.

The obit had been submitted to the paper by his 90-year-old sister after he had been admitted to the hospital Christmas Eve for feeling “unwell,” the New York Daily News reports.

The sister spoke with doctors but misunderstood their diagnosis. She assumed Svensson had already died and started writing up an obituary about her brother with his friend, Lars Faltskog.

To put it mildly, Faltskog was surprised when he showed up to the hospital on Jan. 3 to collect Svensson’s personal items. Instead he saw his not-so-dead friend alive and kicking.

Svensson is seeing the humor of the situation.

“It’s understandable to me that there may have been a mistake, even if it was fatal, in this case,” Svensson said, according to theLocal.SE. “According to my sister, she rang up the doctors and talked about me and, as she understood it, I had died. It’s clear that she was shocked.”

Now, he’s trying to take the whole thing in stride.

“We are all on the same road,” he said, according to Gawker. “Sooner or later, you are going to end up in the obituary section. I’ve lived a fantastic long life.”