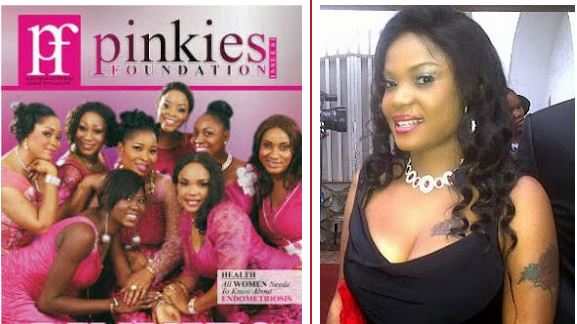 Pinkies Foundation is a group founded in early 2011 by actress Iyabo Ojo and they say their primary aim is to bring women together irrespective of age or social class, to support each other & share ideas in business, health and improve family values. But there are people who think it’s just a lesbian group. Iyabo had finally set the record straight.

In an interview with Sunday Express, Iyabo Ojo said;

“My foundation is not about that. Do I look like a lesbian? I am not a lesbian. Nigerians like attaching irrelevant things to something. They are saying that because I am an actress and because of the name Sexy Pinkies ladies. But it hasn’t stopped me from achieving my goals. 80% of the women in the group are married with kids. I am not one who supports lesbianism. I don’t have a problem with those who practice it, it’s their choice but I do not believe in it because I dont think its normal. Its not biblical. I am not condemning the practitioners but to me its not normal.”