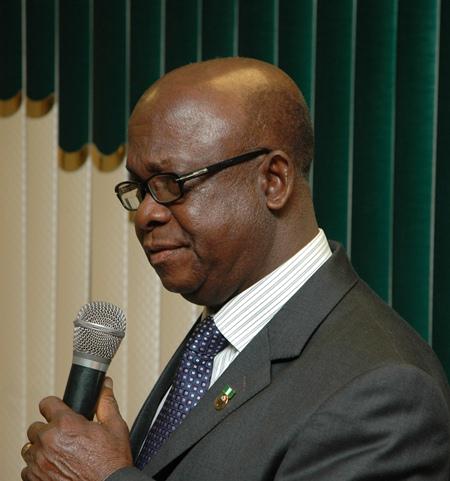 Governor Martin Elechi of Ebonyi State on Friday said he believes Nigeria has done well as a country since amalgamation in 1914.

Mr. Elechi, who made this known while speaking with State House correspondents at the Presidential Villa, Abuja, after emerging from a meeting with President Goodluck Jonathan, also noted that the country had moved from where it was years ago.

“As a nation we have fared well, we are so populous, so heterogeneous, ethnic diversity and religious multiplicity, is not easy to galvanise such a body into a smooth organisation, called the government or a country.

“So far, we have been passing through challenges. These challenges of development, poverty, illiteracy but if you think of where we were even 50 years ago not to talk of 100 years ago, compare that to where we are today; we have every reason to give thanks to God. We have done well”, he said.

The governor, who was in the news recently over comments allegedly credited to him that the proposed national conference is a “big joke”, said he was in the presidential villa to see the president as a member of the same family and also urged Nigerians to be steadfast and patient to face the challenges ahead as “even developed nations have challenges. Therefore, we should not expect it to be a bed of roses always. The more we try, I think the better the result but we must be patient and steadfast. Have confidence in ourselves, in the leadership of the nation. It is a matter of time”, he said.

“Nigeria is now surpassing South Africa in spite of all the challenges we have within and democracy is waxing,” he said, adding: “Don’t mind all the noise being made by the opposition that is their only weapon, to frighten the people and give the impression that they are better. They are getting nowhere. So I am happy with the state of affairs and I believe we will make more progress”.

On his purported opposition to the proposed talks, Mr. Elechi, a member of the ruling Peoples Democratic Party, PDP, accused the opposition of being behind the rumor, so as to create friction between him and the presidency.

“These are people who know me well and know what I stand for. So I am not distracted by such organised attempt by the opposition to bring friction between me and the establishment. They won’t succeed we are all for the National Conference.

“And for those who don’t know, I led my state to the national political reform conference of 2005, I know the benefits accruing from it. Sometimes because of our inability to express ourselves properly, people don’t really capture what we say, go about misquoting or are actually mischievous, I can’t be against that”, he said.