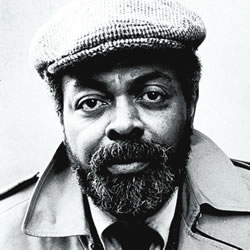 Baraka, whose funeral at Newark Symphony Hall, US, coincided with the event, died on January 9, 2014 at age 79. Born Everett LeRoi Jones, he wrote under the pen names; LeRoi Jones and Imamu Amear Baraka.

Some of his poems interrogating issues such as racism, escapism, multi-culturalism, Africannnes, development and nationalism as they affect black American and Africans were discussed.

Ibadan-based legal practitioner and poet, Tade Ipadeola who was the winner of the 2013 Nigeria Liquified Natural Gas Prize for Literature and the 2012 winner of the Caine Prize for African Writing, Rotimi Babatunde, were among those on hand to pep up the event.

The event, hosted by WriteHouse Collective, also featured budding poets, writers and arts enthusiasts who shared the first drafts of their published works with the participants and discussed the progress of their current efforts.

He added that the edition provided a platform for talented artists to showcase their talents in the area of poetry, stories, music and personal narratives.