Tcordolino‘s tiny miracle baby was born 4 months too early and amazingly survived even though he weighed just 1.5 pounds (about 0.7 kg) at birth.

The little fighter has showed all us, adults, how one has to fight for his life.

The father holds his son for the very first time, a week after he was born. Touchingly, his hand was the size of the father’s nail. 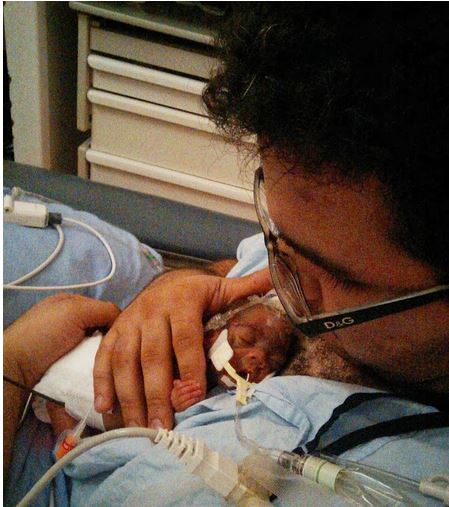 After having spent 130 days at the NICU, the little man was finally allowed to go home to his family, weighing 8 lbs 5 oz.

The elder sister just adores her sweet brother and won’t let him go.