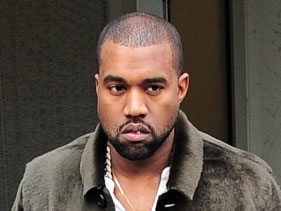 Beyonce’s surprise album has sold nearly 1.5 million copies so far, but not everyone is a fan: RadarOnline has reported Kanye West claims he had the idea to do a visual album first. “Kanye is feeling really defeated over Beyonce’s album doing so well,” an insider told them. “He wanted to do a visual album for his ‘Dark Twisted Fantasies’ album, but everyone around him convinced him it wouldn’t work,” the insider explains. “That’s why he ended up doing one long movie to go with it [the 35-minute short film, ‘Runaway’].” Making matters worse, his last album ‘Yeezus’ has sold fewer than a million copies so far, despite critical acclaim. The source says, “He’s super-focused on moving forward. He’s working so hard to come up with something that will eclipse Beyonce and put him back on top.” Plus his baby mama Kim Kardashian “is pushing him to do something major too,” the source revealed.