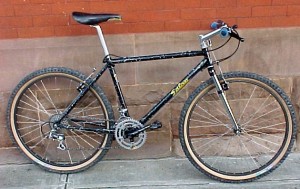 A Swedish woman said she was shocked when police contacted her to return her bicycle 20 years after it was stolen.

Karina Muren of Gavle said she recently received a letter from police saying her stolen bike had been recovered, and she initially thought the letter was referring to the bicycle she reported stolen seven years ago, TheLocal.se reported Friday.

“But when I read the letter further, I realized that it was my first three-speed bike that I got in middle school,” Muren told the Gefle Dagblad newspaper.

Muren said both of the bike’s tires were punctured and the frame had been painted a different color, but police were able to identify it from the number printed on the frame.

“This was the first one that was stolen so it would at least be in the correct order,” she quipped.