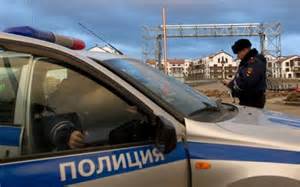 A counter-terror operation has been launched by Russia after five bodies riddled with bullets were found in a southern region bordering the Winter Olympics host Sochi, less than a month before the start of the games.

Two districts in the Stavropol region were placed on high alert after the bodies were found in four cars, one of them apparently booby-trapped, in the area on Wednesday, the Interfax news agency quoted the FSB security service as saying.

As police examined one of the cars, which contained the body of a local resident who had been shot in the head, an improvised explosive device went off in a nearby ditch, causing no injuries.

Officers then defused another device nearby, the FSB said.

A security source told Interfax the two devices were packed with small metal elements such as screws to cause maximum injury and resembled those previously used by insurgents in southern Russia.

Two other bodies were identified as local taxi drivers and were found in the back seat and in the boot of their cars. The remaining two bodies were found close to a parked car, Interfax cited the FSB as saying.

The Investigative Committee, which probes major criminal cases in Russia, opened investigations into murder, arms trafficking and attempts on the lives of law enforcement officials.

The Stavropol region borders the Krasnodar region where the Black Sea resort of Sochi is located.

Russia on Tuesday launched the largest security operation in Olympic history, a month before the Winter Games start on February 6.

Security measures around Sochi include special permits for cars to enter the city or access Olympic venues, as well as drones monitoring the region and patrols by army troops.