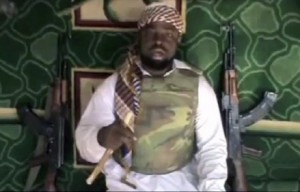 Some gunmen, according to an eyewitness, Isa Yakubu, used Improvised Explosive Devices, IEDs, and petrol bombs in setting several houses ablaze, after slitting the throats of some of their victims in their houses and local shops.

Yakubu said: “We were shocked and terrified with the night attacks by suspected Boko Haram insurgents, as some of us were asleep when the attackers set our houses ablaze.

“My neighbours fled into the nearby bush, but the gunmen chased some of them and tied their hands to the back, before slitting the throats of some of the villagers.

“I cannot tell you the exact number of casualties of Sunday night’s multiple attacks, but the truth is that these insurgents don’t want us to live here in peace. Now that everything is destroyed by these gunmen, how do the surviving ones continue with life here in this village?”

He said most of the insurgents communicated in Kanuri language, while setting the houses ablaze for over 30 minutes without the intervention of soldiers and policemen from Maiduguri.

“We are at the mercy of these insurgents, as there was no security provided for us here in this village that had enjoyed peace for many decades. But yesterday (Sunday), I lost 18 of my people without any genuine cause,” the village head said.

Spokesman of the 7 Division, Nigerian Army, Colonel Mohammed Dole and Borno State Police Commissioner, Lawal Tanko confirmed the incident, but said they were yet to get detailed information on the number of casualties.