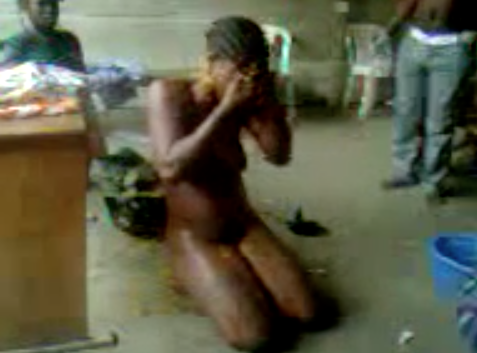 In what could be described as a last ditch effort to unravel the identity of the men involved in the brutalization and abuse of two women in Ejigbo Local Council Development Area, LCDA, last year, the Lagos state House of Assembly, yesterday, placed a bounty of N1.25 million on the head of the perpetrators.

Chairman of the five-man ad hoc committee investigating the matter, Mr. Ajibayo Adeyeye disclosed this at a stakeholders’ meeting on the matter at the Lateef Jakande Auditorium, Alausa Secretariat, Ikeja.

According to Adeyeye: “Anybody that gives information that leads to the arrest of the perpetrators of the heinous act shall be given N1 million. And I will add the sum of 250,000 from my private account to increase the sum to N1.25million”.

During the deliberation, the video clip of the incident which ran for about eight minutes was played, showing how the two women, alleged to be mother and daughter, were tortured by the perpetrators, who inserted foreign objects into their private parts for allegedly stealing pepper. The video clip moved members of the committee at the meeting to tears.
It would be recalled that the President of Women Arise Initiative, Dr. Joe Okei-Odumakin had led a protest to the House on the matter, explaining that she saw the video for the first time on December 7, 2013.

Odumakin, who heads the Campaign for Democracy, CD, had stressed that the greatest gift anyone could give the women was to get justice for them.