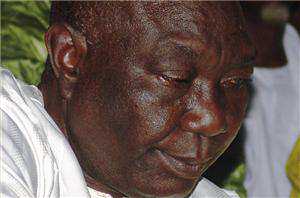 The Central African Republic’s former President Michel Djotodia, who. Just resigned after pressure from regional leaders, has travelled to Benin where he will go into exile.

An AFP reporter at Cotonou airport said Djotodia arrived on Saturday afternoon and was met by Benin’s foreign minister, Nassirou Bako Arifari, who earlier confirmed that the ex-leader was headed there.

“Benin accepts to welcome him at the request of member states of the Economic Community of Central African States and it is our contribution to the search for peace in central Africa,” Arifari told AFP.

Djotodia, a rebel leader from the country’s north, seized power in March with the help of thousands of fighters.

He has since been accused by the international community of failing to tackle months of sectarian violence which has driven a million people – more than a fifth of the country’s population – from their homes.

He resigned along with his prime minister at an emergency summit in neighbouring Chad on Friday.

“But I can confirm that a good part of the shooting was warning shots from us to disperse looters who were targeting Muslim homes and shops,” an officer in the African peacekeeping mission said, asking not to be named.

The local Red Cross said it had collected three bodies from the streets after violence overnight.

“We don’t understand why we keep killing each other, looting and sowing destruction amongst civilians, even after the politicians people wanted out had stepped down,” said Ahamat Deliriss, vice president of the Islamic Council.

“Mosques in the Petevo, Yapele and Bimbo neighbourhoods were destroyed. It is a shame.”

The streets of Bangui were largely quiet on Saturday, as the United Nations stepped up flights out for foreigners. Governments of other African countries have evacuated nearly 30,000 of their citizens caught up in the violence.

Alexandre-Ferdinand Nguendet, the head of the CAR’s transitional assembly, is officially in charge of the country until the body can select a new leader to guide CAR to elections, which are due later this year.