The 28-year-old didn’t need to make a big announcement during Tuesday’s episode of The View, quite simply letting her blossoming baby bump do the talking.

When Barbara Walters tentatively broached the question of pregnancy, amid months of speculation, asking the star if she would like to confirm anything, the 1, 2 Step singer replied: ‘Of course I would love to’, before standing up and opening her waistcoat to reveal her baby bump.

It will be the first child for Ciara, while her soon-to-be husband, rapper Future – real name Nayvadius Cash – is already dad to three children by three different women – he has an 11-year-old son, four-year-old daughter India Jai and one-year-old son Prince. 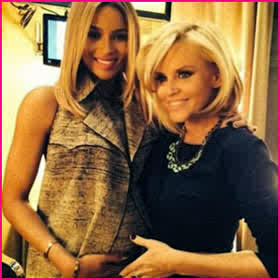 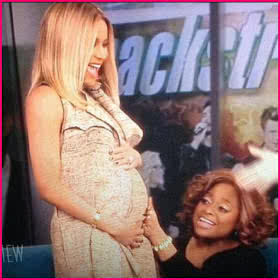