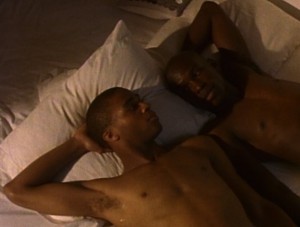 Some religious leaders in Omu-Aran, Kwara, have commended President Goodluck Jonathan, for signing into law the same-sex marriage prohibition bill recently passed by the National Assembly.

The religious leaders, who gave the commendation in Omu-Aran, Kwara, on Sunday in separate interviews with the News Agency of Nigeria (NAN), said the move was a step in the right direction.

The Bishop of The Cathedral Church of St. Paul’s, Omu-Aran, Rt. Rev. Phillip Adeyemo, said the president had the right to protect the sovereignty of the country and also sustain the values of its cultural heritage and practises.

“I think the president has rekindled the hope of the citizenry in his ability to protect the country’s sovereignty and its cultural values by his signing of the same-sex marriage prohibition bill into law.

“The signing to me has put to rest the dictatorial tendencies of some countries trying to meddle in the internal affairs of the nation.

“We commended in strong terms President Goodluck Jonathan for having the zeal and political will to sign this bill into law, in the interest of the people of the country,” Adeyemo said.

Adimabua said the President’s singular act had further demonstrated the resolve of the administration to always listen to the voice of reason in protecting the country from external influences.

“The passage of the same-sex marriage prohibition bill into law is a welcome idea. It is important that as Christians, our sovereignty as a nation and heritage is preserved.

“We are in support of the fact that no form of civilisation is superior to our culture as Africans,” Adimabua said.

Pastor Alex Adefikayo of the 2nd ECWA Church, Agamo, Omu-Aran, said the passage of the same sex marriage prohibition bill was a move in the right direction.

“The president has done the right thing by signing the bill into law.

“We support the president on this and any other law that would improve the image of the country,” he said.

NAN recalls that the President had, a couple of weeks ago, put his ascent on the same-sex marriage prohibition bill, which had prescribed a 14-year jail term for convicted offenders. [NAN]