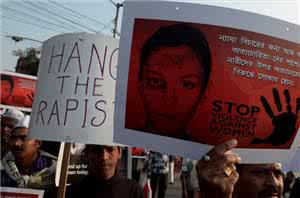 Police in New Delhi have arrested six suspects arrested after tourist who lost her way in crowded area of the Indian capital was allegedly gang-r*ped.

Reports say the 51-year-old Danish woman was in New Delhi for a week and had been visiting tourist sites in Agra and later the National Museum in the capital.

She had lost her way on Tuesday evening on the way to her hotel in Paharganj, a crowded locality in New Delhi where many foreigners stay in affordable lodgings. She was later accosted by a group of men who then assaulted her.

Police said the rapists were “vagabonds” and the tourist was assaulted and robbed of cash and valuables. Her iPad, Euros were taken and she was also beaten. The police have registered a case of r*pe and robbery.

She had been taken to the Danish embassy in Delhi and she had expressed her wish to return home after a medical examination.

The Delhi police, according to news reports, have detained six suspects based on the complaint made by the woman.

The Danish woman left India on Wednesday morning, according to Delhi police.

The woman’s assault is the latest high-profile case of s*xual assault against women in the country.

In December 2012, the brutal gang-r*pe of a 23-year-old medical student in Delhi had angry citizens protesting across the streets for stringent rape laws and fast track courts to punish the perpetrators.