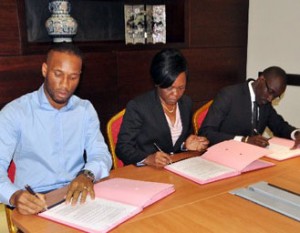 According to reports from African Review, the former Chelsea forward paid $74 Million to acquire part of the state’s shares in the company

Drogba had expressed interest in purchasing the stakes at the state owned mine last March but encountered difficulties sealing the deal.

It took the intervention of the country’s president Alassane Ouattara before the deal was concluded last Friday.