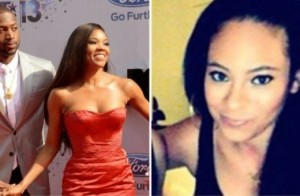 Baby mama of Dwayne Wade is going all out to make sure she hurts and if possible break the engagement between Dwayne Wade and Gabrielle Wade.
Aja Metoyer keeps throwing punches as fans of Gabrielle Union try to shield the actress from the emotional blows.
While responding to people calling her out for targeting Gabrielle Union, Aja claims that she’s been dating Dwyane for nine years.
Dwayne was married until he filed for divorce in 2007. If Aja is telling the truth, then it means he was also cheating on his then wife, Siohvaughn Funches.
See her tweets below: – 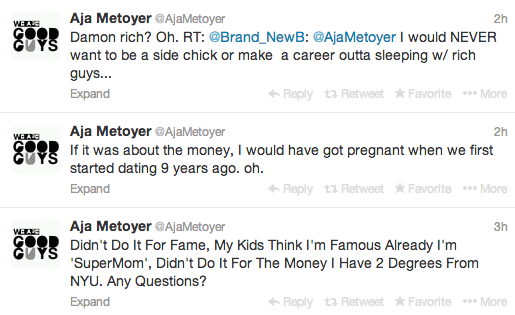