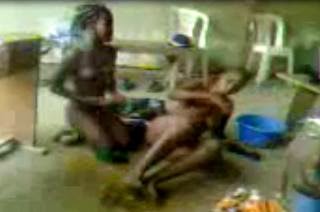 The Inspector-General of Police, Mr Mohammed Abubakar, has ordered detectives from the Federal Special Ant-robbery Squad (Lagos Annex) to take over investigation into the alleged torture of two women in Ejigbo.

The women were allegedly tortured over the theft of pepper in Ejigbo Market in February 2013.

In a statement issued by the Force Public Relations Officer, CSP Frank Mba, in Abuja on Tuesday, Abubakar ordered detectives from FCID to take over nine persons suspected to have been involved in the matter.

He also ordered the team to take over all exhibits related to the matter from the Police Command in Lagos.

The IGP urged the team to ensure speedy delivery of justice, promote the rule of law and discourage impunity.

He said the step was aimed at defending the fundamental human rights of Nigerians, particularly the alleged “victims of the Ejigbo pepper torture”.

“The IG wishes to assure all Nigerians, especially the families of the victims and other relevant stakeholders that the police will leave no stone unturned in ensuring that justice is done in the Ejigbo case”, the statement said.

It called on Nigerians to continue to partner with the police in providing relevant information, promising to protect all informants and whistle blowers at all times.

It commended the media, human rights community led by Joe Okei-Odumakin of ‘Women Arise for Change’ and the public whose patriotism, advocacy and concern led to the exposure of the crime.

“Their constructive partnership with the police has had a salutary effect on the ongoing investigation so far”, it said.