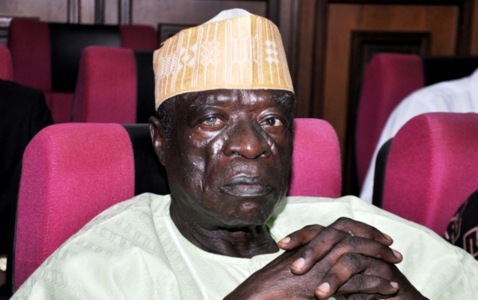 Dadung said his father died at his Zawan country home in Jos South Local Government of Plateau at about 2 a.m. on Saturday after a long struggle with kidney disease.

He told the News Agency of Nigeria (NAN) that the remains of Botmang had been deposited at the mortuary of Air Force hospital, Jos.

Dadung further said that arrangements were being made by the family members to give the late political icon a befitting burial.

Botmag was the deputy to former Gov. Joshua Dariye, before he took over as governor following the political crisis which forced Dariye out of office.

He ruled the state as governor for a period of six months before Dariye regained his mandate.

The deceased took ill shortly after leaving office and had been on treatment till his death on Saturday.

In his comment, Mr Silvanus Namang, a former Commissioner for Information under the late governor, described Botmang’s death as “very unfortunate”.

Namang said the late political icon would be greatly missed considering his wealth of wisdom and experience. (NAN)