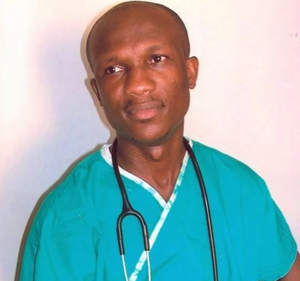 A SELF-STYLED medical doctor, Agyeman Duah aka Dr. Prince Boakye has found himself in trouble for posing as a gynaecologist to defraud certain traders to the tune of GH¢19,700 after making them believe he could solve their infertility problems.

The accused person who claimed to be a doctor working with Lister Hospital allegedly informed his victims that he had a cure for infertility and collected money ranging from GH¢4,700 to GH¢5,000 from them.

He was on Friday put before an Accra Circuit Court on five charges of practicing medicine without lawful authority and defrauding by false pretences.

He denied the offences at the court presided over by Audrey Korcuvie-Tay and was denied bail to reappear on January 30. This was after the prosecutor had indicated that investigations were still ongoing as more people were reporting cases against him.

Presenting the facts of the case, ACP Atibilla stated that the four complainants are traders at Kantamanto and Okaishie while the accused is unemployed but a self-styled medical doctor residing at Ayigbe Town in Accra.

He disclosed that the complainants have infertility problems and in the year 2013 they met the accused person who told them he was a gynaecologist at Lister Clinic, Airport.

Agyeman Duah allegedly made the complainant believe that he could help them medically to overcome their problems and as a result collected various sums of money from them after which he administered drugs to them, some via injections.

The complainants, according to the prosecutor, after using the medicine for months got to know that Agyeman Duah was not a medical doctor and subsequently reported the case to the police.

On January 8, 2014, the accused person was arrested and when a search was conducted in his room, the police found injectable drugs, laboratory and x-ray reports of complainants and other victims, stethoscope, pictures of himself dressed as doctor, as well as books with his name Doctor Prince Da-Costa.

He allegedly denied being a medical doctor but admitted having administered drugs to some pharmacy shops.

He further stated that he referred complainant with complicated cases to hospitals.