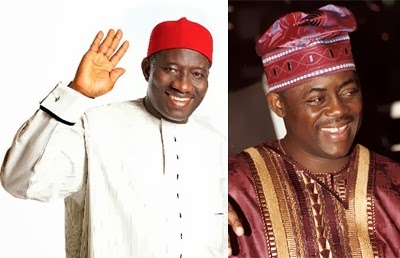 A former Minister of Aviation and fierce critic of the Goodluck Jonathan administration, Chief Femi Fani-Kayode has said that the shooting that took place in Port Harcourt, Rivers State, during the rally organised by the Save Rivers Movement, a mobilisation group of the All Progressives Congress, APC, yesterday, is an indication that the president is leading Nigeria to hell.

He, however, said that the president must know that no amount of intimidation would silence the voice of opposition in the country.

Fani-Kayode, who said this in a statement in Abuja on Sunday, described the attack as disheartening, adding that with police openly attacking citizens, it was clear the Jonathan administration has lost its “mind and bearing”.

In apparent reference to the allegation by former President Olusegun Obasanjo that the present administration was training snipers and had drawn up a list of opposition figures for assassination, Fani-Kayode regretted that policemen were now openly attacking the same innocent Nigerians and opposition figures that they are being paid to protect

He said: “Now policemen are openly attacking the same innocent Nigerians and opposition figures that they are being paid to protect. This government has lost its mind and its bearing. The president is leading Nigeria on the road to hell and on the path to Kigali.

“The madness, the attacks, the killings, the insults, the persecution, the wickedness, the impunity and the intimidation has to stop forthwith or else the consequences will be grave for the continued unity of our country”, Fani-Kayode warned.

On the alleged shooting of the senator representing Rivers South-East senatorial district with rubber bullets and teargas canisters, the former minister said, “The attack on Senator Magnus Abe and other members of the APC in Port Harcourt today by agents of Nigeria’s security forces are disheartening and exceptionally dangerous”.

He recalled that “Just a couple of days ago Governor Rabiu Kwankwaso’s father was attacked and some of his people killed in Kano by unknown gunmen. Such wickedness, intolerance and evil is rarely seen.

“Let those that believe that they can silence the voices of the opposition with threats of violence and death be rest assured of one thing – we cannot be intimidated and neither can we be silenced”.