Along with other global personalities like Pope Francis, Japanese Prime Minister, Shinzo Abe and Mayor of Warsaw, Poland, Hanna Gronkiewicz-waltz, Lagos State Governor, Mr. Babatunde Fashola (SAN) was named one of the 100 Top Global Thinkers for 2013. 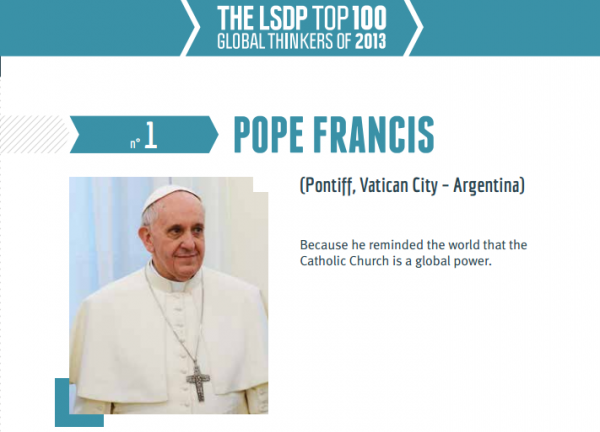 Lo Spazio della Politica, based in Italy and Brussels, is an independent Think Tank fashioned after the prestigious Foreign Policy (FP), which lists personalities, organisations and institutions that have made significant impact on the lives of people as well as objects, research projects and public policies which have inspired thinking globally. 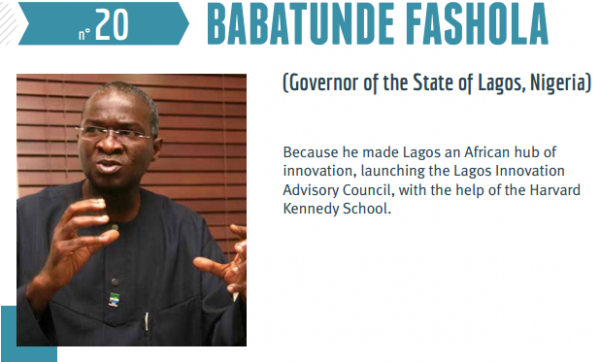 It is founded by young Italian scientists and scholars. In their list titled “The LSDP Top 100 Global Thinkers of 2013”, the organisation said it listed Governor Fashola “because he made Lagos an African hub of innovation, launching the Lagos Innovation Advisory Council, with the help of the Harvard Kennedy School”.

The organisation, which named Pope Francis as number one “because he reminded the world that the Catholic Church is a Global Power”, and the Japanese Prime Minister, Shinzo Abe, as 31 on its list “because 2013, for better and for worse, has been the year of Abenomics”, said its list was an opportunity to identify some of the trends in global politics, science and other aspects of life for any particular year.