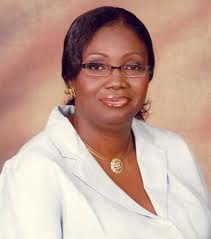 Wife of the Lagos State Governor, Mrs. Abimbola Fashola has appealed to doctors in the country not to embark on their planned nationwide strike for the sake of patients.

Mrs Fashola made the appeal, Wednesday, at the celebration of the 2014 First Baby of the Year programme, organised by the state government.

The Nigerian Medical Association (NMA) had on December 22 directed its members to begin the strike on January 6 if the government did not satisfactorily resolve their grievances, according to the News Agency of Nigeria (NAN).

The action is to protest against the doctors’ poor working conditions, inadequate funding, and poor infrastructure in the nation’s health sector.

Mrs Fashola, while urging the doctors to shelve the action, also appealed to the federal government to promptly look into their demands with a view to tackling them.

She said unless critical issues were resolved through dialogue, “the people of this country, especially women and children will continue to suffer.”

Speaking as she received the first baby of the year, Fashola said parents had a role to play for babies to actualise their potential in life.

She urged parents, especially mothers, to be committed to laying good foundation for their children in the first five years of their lives by making sure all the necessary vaccinations were taken.

She stated that quality parental care would make children grow to become healthy and successful citizens.

A set of twins, delivered at 12:01a.m. to the Adediji family at the Island Maternity Hospital, weighing 2.5kg and 2.2kg respectively, were declared first babies of the year.

Fashola also presented gifts to the mothers and their babies at the hospitals.