FG To Begin Use Of Cement For Road Construction 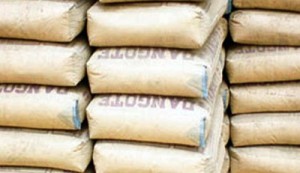 The Minister of Works, Mike Onolememen, on Thursday in Abuja said the Federal Government was set to begin experimenting with the construction of roads through the rigid pavement method.

He said rigid pavement, which is another name for cement concrete surface, was the use of cement, rather than asphalt, and was expected to make roads last longer in Nigeria.

The minister said two roads would be the first beneficiaries after the approval of this year’s budget.

“We have identified major road works where we want to experiment rigid pavement design.

“We have commissioned consultants. They said that one of those roads is the Kachia-Baro road to connect the FCT to Baro Port in Niger.

“The second one is the Ikorodu-Sagamu road in Lagos state. We have completed the design of the rigid pavement.

“Once the 2014 budget is approved, they will come on stream,’ he said.

Onolememen said government was taking measures to regulate the movement of heavy duty trucks to eliminate the high incidence of potholes, caused mostly by such vehicles.

The minister said that the gesture was in line with the quest for best practices in the country.

He urged cement companies to declare what investments they were prepared to bring into the road construction business as it related to the use of their products.

“They are projects where you have to showcase your cement. We are looking forward to collaborating with your organisation (Lafarge) in bringing that experimentation to fruition.

“We believe there are certain terrains in our country that are unfriendly to asphaltic concrete, so we have to design this solution for those terrains,’’ Onolememen said.

He said some cement companies had been identified as one of the sources of the excessive overloading of the roads.

The minister said cement companies were being engaged so as to agree on what tonnage should leave their factory to address the menace of excessive damage on the roads.

He explained that the government would carry out laboratory tests on the products to ensure that they were good for construction of rigid pavement carriageway in Nigeria.

Earlier, Roux had said the Lafarge company had high quality cement for road works and solutions.