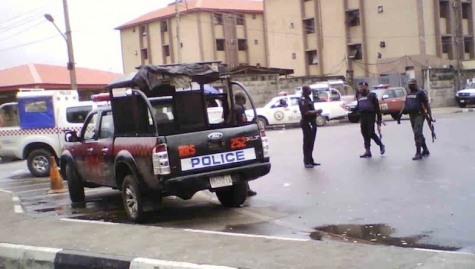 At least five children are feared dead after inhaling fumes from teargas canisters shot by men of the Rivers State Police Command at a rally organised by the Save Rivers Movement (SRM) in Port Harcourt on Sunday.

Rivers State chairman of the All Progressives Congress, APC, Dr. Davies Ikanya, who disclosed this at a news briefing in Port Harcourt, the state capital, described Sunday’s incidence as unwarranted.

According to the Rivers APC chairman, the children were returning from church when the teargas was being fired by the police to disperse the crowd that was building up for the rally and may have died from suffocation, adding that the party was making efforts to locate the families of the deceased children.

He also said Senator Magnus Abe, who represents River South-East senatorial district in the upper chamber of the National Assembly, was shot with a rubber bullet when policemen shot to disperse the crowd, saying the shooting of the senator was a premeditated act.

Ikanya said; “We the APC in Rivers State condemn the attempt by the police to murder Senator Abe today at a rally by the Save Rivers Movement. As we speak, the senator is in a critical condition in the hospital.

“This incident took place hours before the rally began. The senator and the Chief of staff, Rivers state Government House were going to see that all was set when the police came in and shot him on the chest and leg.

“Chief Tony Okocha, Amaechi’s Chief of Staff was also shot with teargas. The Save Rivers Movement, as a law abiding and registered organisation, had applied for police protection and we are amazed that instead of protection, what they got is brutality.

“We call on President Goodluck Jonathan, the National Assembly to save democracy in Nigeria and save Rivers people.

“We also call on the police to ensure that it redeems its image and abides by its constitutional responsibility, rather than harassing innocent people and destroying canopies and equipment meant for the rally.

“As we speak, five children were killed after inhaling the teargass shot by the police. Also, a member of the APC and former member of the House of Representatives, Ike Chinwo is missing. We understand he was arrested by the police”, Ikanya alleged.