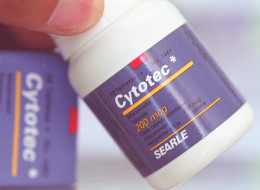 The son of a Florida fertility doctor was sentenced Monday (Jan. 27) to nearly 14 years in federal prison for duping his pregnant girlfriend into taking medication that caused her to abort her 6-week-old fetus.

John Andrew Welden, 29, had pleaded guilty in September to forging a prescription for Cytotec, the brand name for misoprostol, in March 2013, which he relabeled as the common antibiotic amoxicillin. He convinced his former lover, Remee Jo Lee, that she had an infection and needed to take the antibiotic he claimed his father had prescribed. She miscarried within hours.

Welden, of Lutz, near Tampa, was sentenced to 13 years, eight months in a minimum-security facility, four months less than what prosecutors had sought in exchange for dropping a murder charge.

Welden apologized, quoted from the Bible and asked Lazzara for mercy, saying he has “the most humble and remorseful heart.”

“I’ve caused everyone a huge amount of emotional pain,” he said. “What I’ve done will stay with me every day for the rest of my life.”

Earlier, clutching framed sonogram images of her fetus and sobbing, she asked the judge to show “the same amount of mercy that he showed me during my pregnancy.”

She said the “fairy tale” Welden’s family and friends present of a caring man “morphed into my own personal inferno when he decided to murder our child.”

While acknowledging that what he did was “inexcusable, and I deserve punishment,” Welden said he was “overwhelmed with the crushing fear today … that the person I am and hope to be will vanish forever” as the result of spending a long time behind bars. “I’m scared of what awaits me in prison, honestly.”