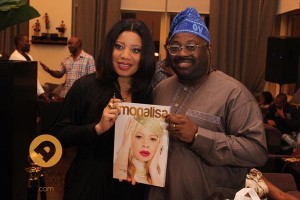 Kelvin Keshi, a former editor at Monalisa Chinda’s newly launched magazine in a suit tendered by his lawyers.

Megafield Solicitors claims that he found the actress’s recent interview with City People Magazine distasteful and defaming, as she referred to him as ‘half-baked journalist’, while also declaring not to owe Keshi a dime.

Chinda and Keshi had fallen-out a few months ago owing to problems of creative differences and others, while Chinda had gone on to recently launch her magazine in Nigeria and in Ghana.

No word yet from Monalisa Chinda and her team.