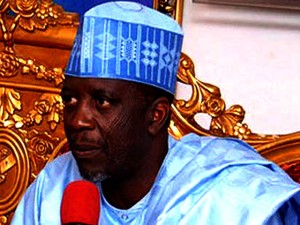 Former governor of Sokoto State, Attahiru Bafarawa, has formally made a switch from the All Progressives Congress (APC) to the Peoples Democratic Party (PDP).

The defection of Bafarawa was made public in Sokoto by his media advisor, Yusuf Dingyadi, who said the former governor made the “collective and unanimous decision” on the basis of a consensus reached by his associates and supporters from the 23 local governments of the state.

According to him, Bafarawa and his associates no longer believed they will get justice and a sense of belonging in the APC.

Dingyadi, also the state Publicity Secretary of the Bafarawa’s faction of APC, said that the decision was taken on Saturday after a meeting with Bafarawa and former Kano State Governor, Ibrahim Shekarau.

Dingyadi said the meeting was also attended by the supporters of Bafarawa in the three parties, who merged to form the APC.

According to Dingyadi, the leaders of the former governor’s faction of the APC had been asked to go back to the 23 local government areas in the state for further consultation.

In his reaction, State Secretary of Gov. Aliyu Wamakko’s faction of the APC, Alhaji Ahmed Aliyu, told NAN that it was a welcome development.

“It is a good omen for the APC in Sokoto state and at the national level. APC will now be stronger and united.

“Bafarawa is afraid of Wamakko. He had since been working for PDP. Only his body was in APC, but his heart was already in the PDP,” said Aliyu, who is also the health commissioner, said.

Wamakko had defected to the APC from the PDP, although his deputy, Alhaji Mukhtari Shagari, refused to defect to the APC.

The APC in the state had since been factionalised into two, with two separate state headquarters and different interim state caretaker leaderships.