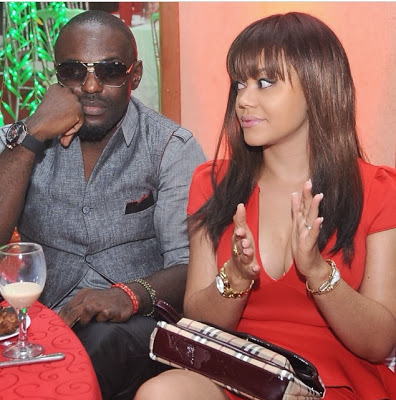 In Accra, she was able to invite lots of dignitaries, including; Hon Collins Dauda – Minister of Water Resources, Works and Housing. Hon Dauda showed a very noble interest in the movie and sent a congratulatory message to Jim Ike and Nadia Buari for their wonderful performance in the movie, a day after the premier.

In a separate chat with the Hon Minister, he revealed that, he was invited to the premiere by Nadia Buari and Jim Ike. After examining the theme of the movie which talks about the effects of ‘hard’ drugs usage, he gave them his words to attend the premier.

He revealed that, though he’s not a fan of movie premieres, he did not regret attending the premiere because the end product of the movie is perfect; which best fits the African cinema.

Talking about the state of West African films, he said that the Ghanaian films are his favorite movies and thus, he watches them a lot. He really appreciates the efforts of Ghanaian filmmakers.

C/SUPT Hamza Yakubu, Commanding Officer of Police (F.P.U) also added his voice by saying, ’I like the creativity with which the film is narrated. It’s a memorable life guide for the youth and also very inspiring.”

‘Diary of Imogen Brown,’ which features the likes of Soraya Mensah, Heba Khaled, Kevin Boateng, Prince Mingles, Beatrice Dadson, Jim Iyke and Nadia and was premiered at the Accra International Conference Centre, Takoradi at Akroma Plaza and In Kumasi at the Golden Tulip Hotel. ‘Diary of Imogen Brown’ is a Nadia Sidiku Buari Production.