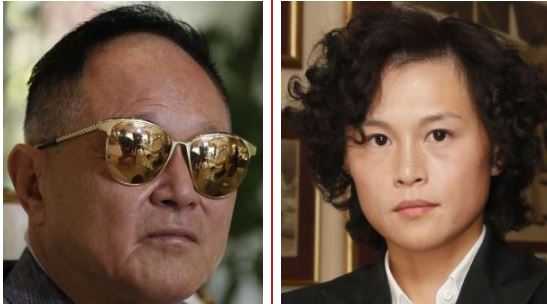 Hong Kong billionaire Cecil Chao, has offered a whooping $130million to any man who can sweep his lesbian daughter, Gigi Chao (right) off her feet, marry her and give him grandchildren. Gigi ran away with her female lover sometime last year in France.

The billionaire businessman who made headline in Sept 2012 when he offered a reward of $65million to any man who can take his daughter off her female lover, has reportedly upped the money to $130million after all prospective suitors failed to win his daughter’s heart. And according to reports, many men tried. His first offer reportedly attracted more more 20,000 unsuccessful suitors. I’m sure some of them were Nigerians…lol.
In a recent interview with Financial Times, Mr Chao said:

“I will give them a moderately deluxe life. I would not force her to marry a man, but obviously I would prefer her to be married and give me grand children”

“I don’t think my dad’s offering of any amount of money would be able to attract a man I would find attractive. I would be happy to befriend any man willing to donate huge amounts of money to my charity, Faith in Love, provided they don’t mind that I already have a wife. Third and lastly, thank you daddy, I love you too.”