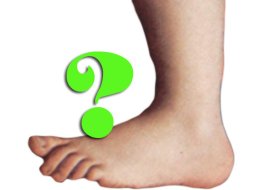 Trouble is afoot in South Florida.

A woman walking along Peck Lake Beach on Jupiter Island Wednesday discovered a human foot in a shoe — the rest of the body is nowhere to be found.

The unnamed woman said she spotted the shoed foot under some sea grass at about noon, according to NBC Miami. Deputies searched for more remains with K-9s and an aircraft, but didn’t find any.

The foot was taken to a crime lab, where detectives will try to determine its owner.

“We don’t know a lot right now on how long it has been in the water but our investigators do not believe it was for an extended period of time,” Martin County Sheriff William Snyder told WPTV.

There aren’t any active missing person cases in the county, according to The Palm Beach Post. Snyder said he’s reaching out to other jurisdictions for missing person information, and that he expects to have a DNA match sometime today.