Yvonne Enakhena is a young and beautiful Nollywood actress who has put in really hard work to push her acting career to the limelight of the movie industry.

The graduate of Theatre and Media arts started her acting career in 2012. She has spoken out on how she had to do the extraordinary to push herself off the long waiting line of aspiring actresses and bring her dreams to reality. 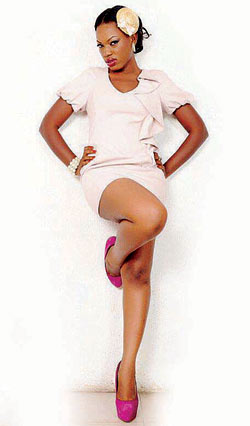 “There is always the issue of people wanting to take advantage of you, calling you up to ask you out, promising to get you a role and all that. For me, I had to tell a lot of people ‘no’ and I got so many disappointments.

“Of course, when you refuse them they don’t give you the role. But that doesn’t mean better ones would not come your way.

“Thankfully, God answered me and I got the role. The movie is not out yet, it will be released this year.