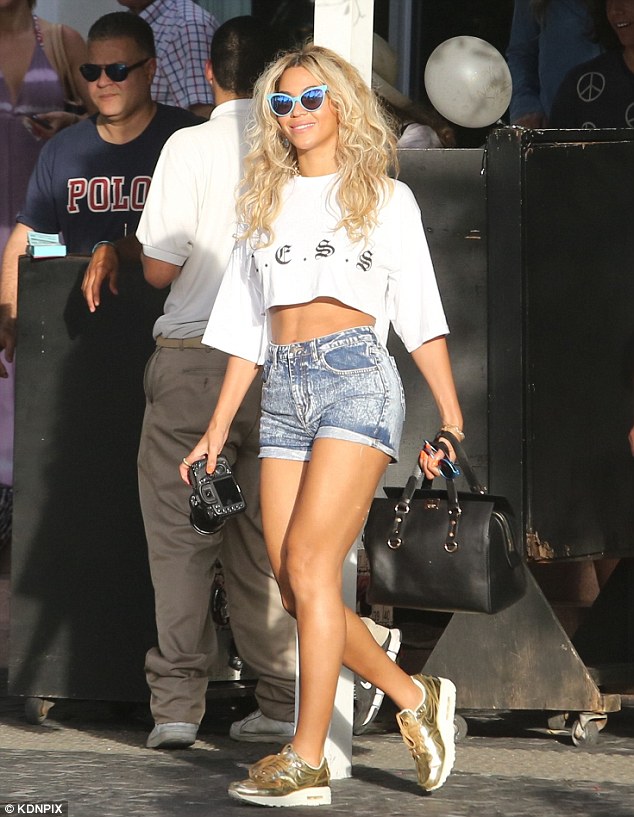 Mother of all comebacks: Beyonce looks lean and mean in denim shorts and a crop top in Miami on Wednesday
Super sexy diva, Beyonce Knowles, wowed the world when she snapped back in shape almost immediately after giving birth to her first child, Blue Ivy, nearly 2 years ago.

The multi-award winning singer has revealed that after losing 65lbs post-pregnancy weight, she was inspired to strip off and flaunt her curves in some of new videos for her latest album. 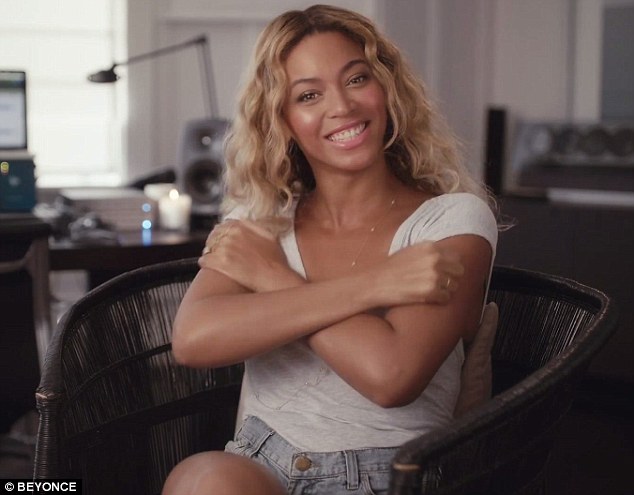 This was most apparent in one of her videos, Partition, in which she was scantily dressed and danced in a strip club.
She did it! Beyonce, 32, reveals that after losing 65lb in weight after giving birth she wanted to show off her body in her sexy new video
According to a Daily Mail report: 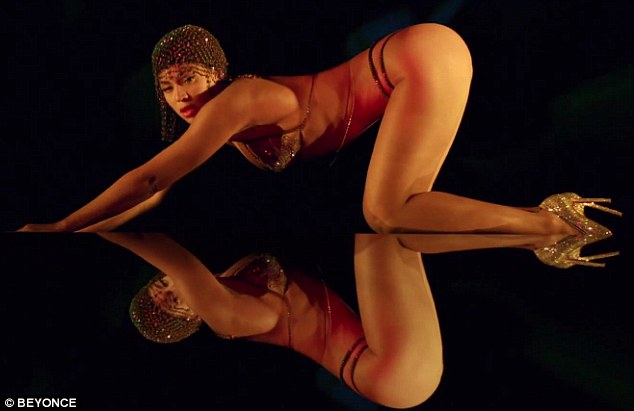 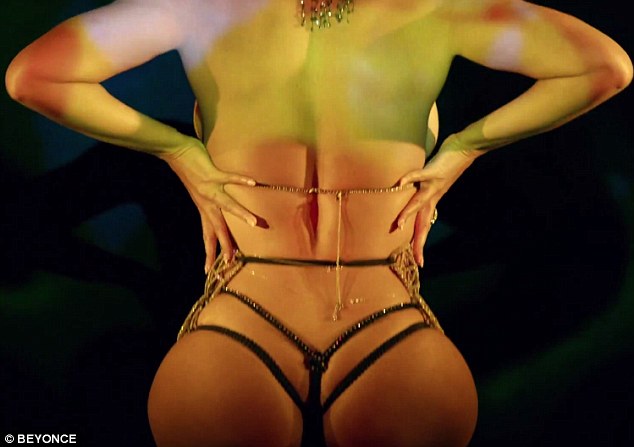 Beyonce stripped off in a number of new videos, but particularly in the video for Partition, which shows her dancing in a strip club.
‘I know that there’s so many women that feel the same thing after they give birth. You can have your child and you can still have fun and still be sexy and still have dreams and still live for yourself,’ she said.

Getting her body back: Beyonce explained in her latest mini-documentary why she chose to strip off 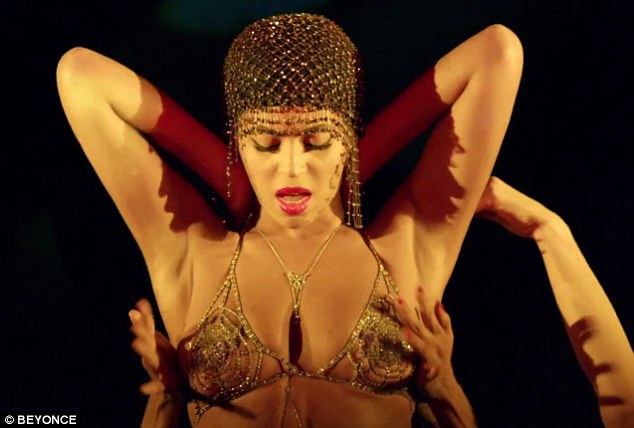 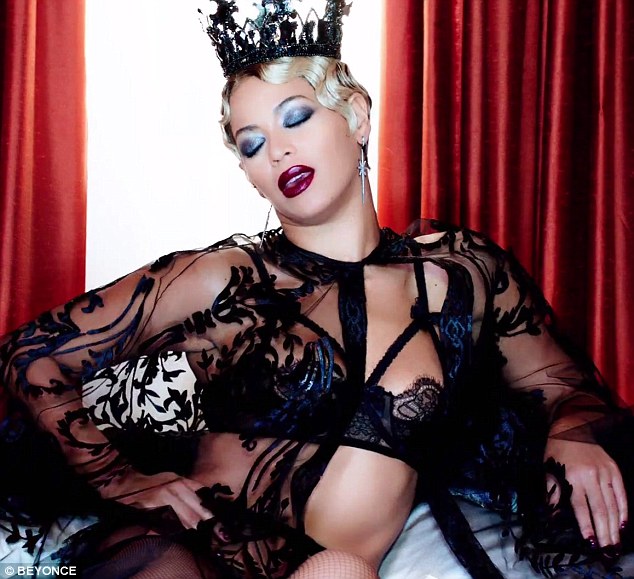 Adding: ‘I don’t have any shame about being sexual. I’m not embarrassed about it, and I don’t feel like I have to protect that side of me because I do believe that sexuality is a power we all have.’
The singer also explained the story behind Partition, and why she chose to film it at the Crazy Horse nightclub in Paris – where husband Jay took her after he proposed.